Lady of the Lake 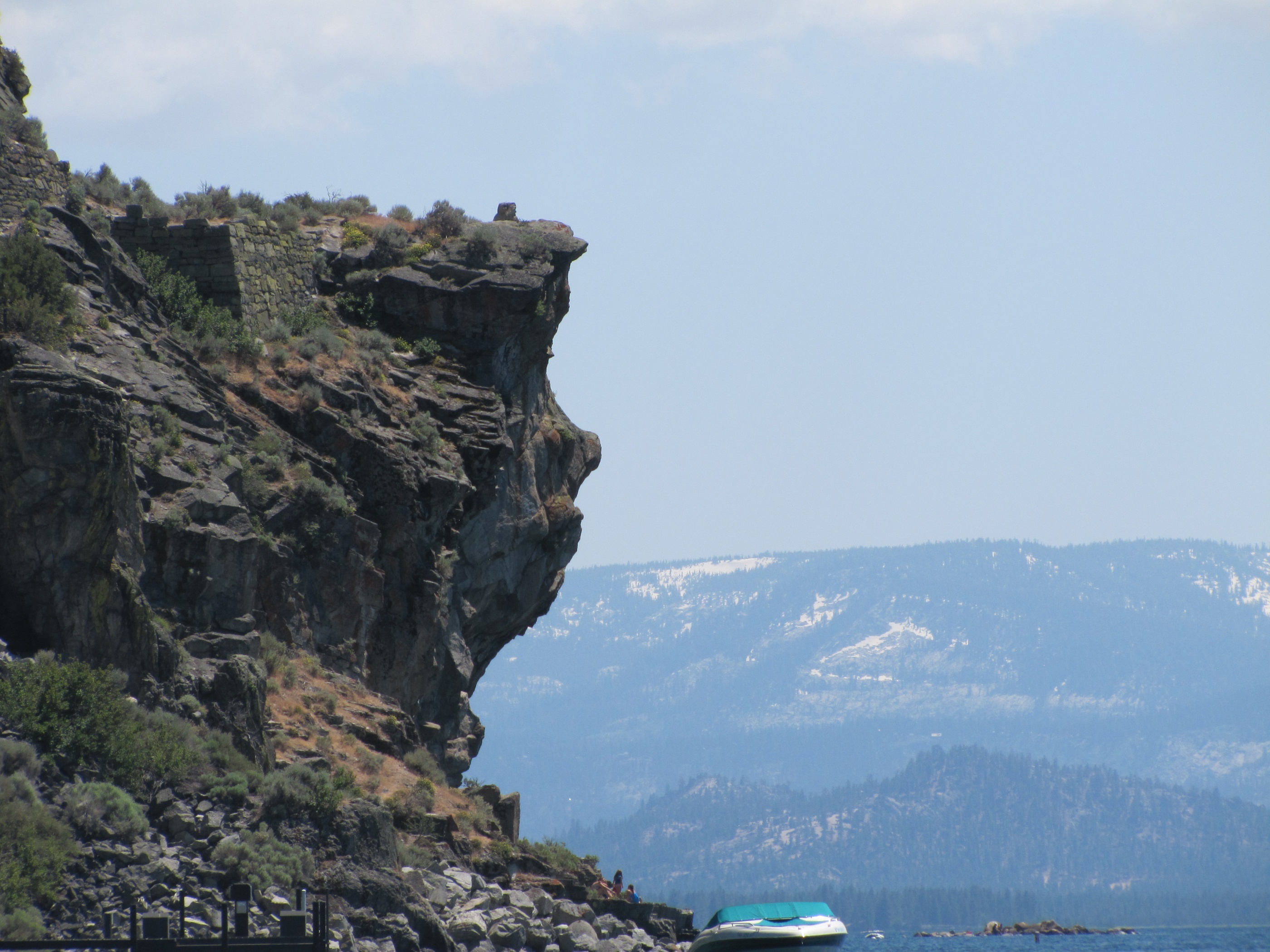 For years, I drove through a tunnel on the southern shore of Lake Tahoe and was unaware of the history and significance of this volcanic rock formation.  This tunnel is named Cave Rock and can be seen from almost every shore or mountain top surrounding the lake.  One of the most significant natural granite sculptures in Lake Tahoe is the “Lady of the Lake” who gazes north, watching over the lake. Her profile can be seen from the lake along the southeastern shoreline or from Highway 50 just before entering the tunnel from the east.

There is so much history around Lake Tahoe that I hardly know where to begin. I believe that knowing the history and the roots of an area enhance the journey.  Cave Rock’s history is extensive and controversial.  At one point in time, the road traveled around the rock, not through it.

The Washoes call this rock formation De’ek Wadapush meaning “rock standing grey”.  During the summer months, Washoe travelled to this cave for ceremony and ritual to maintain and restore balance, harmony and medicine for the population of mankind and the earth itself.  There were no roads.

During the 1930’s and again in the 1950’s, the Washoe protested as holes were bored into the rock and a road was laid.  During the 1980’s the Washoe again protested as rock climbers unknowingly defaced the cave’s granite with their climbing gear.  Tribal culture and traditions were again ignored.  In 2007, the USFS banned rock climbing in this area in order to preserve this cultural site for the Washoe and bring some relief to the desecration.

Today, the Washoe tell us that De’ek Wadapush is sleeping just like many of their other sacred sites and will awaken when restored. Tradition calls for an offering or prayer when passing through the tunnel.

These 75 feet of granite have been nominated for the National Register of Historic Places with a designation of “Traditional Cultural Property”.